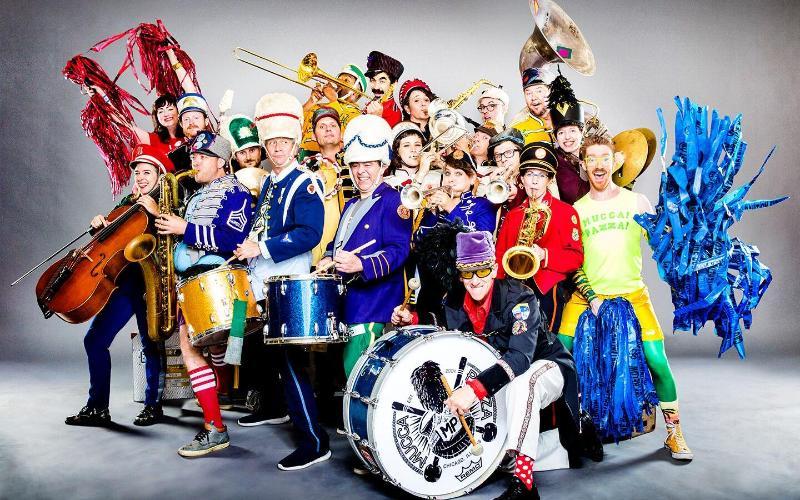 The Elgin Community College Arts Center will celebrate its 25th anniversary throughout its “#ArtsCenter25” 2019-2020 season. This season will also see the debut of the newly renovated Building H, which includes the Arts Center and the Blizzard Theatre. The upgrades include new seats in the theatre, remodeled restrooms, and new carpet, paint, and lighting in the lobby.

The Arts Center will kick-off of its anniversary season as well as celebrate the reopening of the renovated space with an “#ArtsCenter25 Ribbon Cutting” on Thursday, Oct. 10.  A ribbon-cutting reception will take place at 3 p.m. and will be followed by a performance by Chicago-based rock ‘n’ roll marching band Mucca Pazza at 6 p.m. Both events are free but require a ticket.

The season continues on Sunday, Oct. 13, with a performance of composer Jocelyn Hagen’s “The Notebooks of Leonardo da Vinci.” Co-presented by Elgin’s Heartland Voices, this multimedia concert event brings Leonardo’s intricate handwriting and sketches to life as motion graphics that sync to a stirring musical work performed by a chorus and chamber ensemble. The performance is conducted by ECC Professor Emeritus John G. Slawson.

On Friday, Nov. 8, fellow PBS television favorites (Under the Streetlamp) and former Jersey Boys co-stars Michael Ingersoll and Christopher Kale Jones will return to the Arts Center for a performance of “Lean On Me: The Brotherhood of Rock and Roll.” The two pals will treat the audience to musical hits by The Everly Brothers, The Beatles, and more.

Tickets for all performances at the ECC Arts Center are available online at tickets.elgin.edu or the ECC Arts Center box office. Box office hours are noon to 6 p.m. Monday through Thursday and noon to 5 p.m. on Saturday. To purchase tickets by phone, call 847-622-0300. All major credit cards are accepted. The ECC Arts Center can be found on Facebook at facebook.com/eccartscenter and Twitter @ECCArtsCenter.