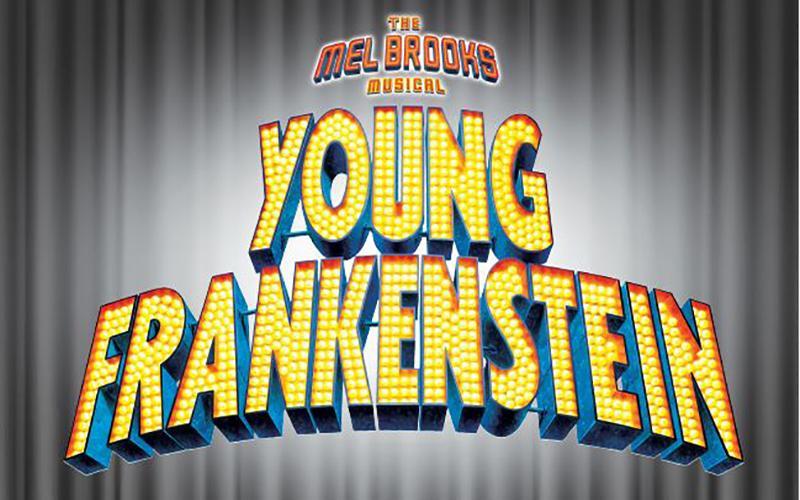 Elgin Community College Musical Theatre will present its production of the Mel Brooks musical “Young Frankenstein” Friday, Feb. 22 through Sunday, March 3. Based on the classic comedy film of the same name, “Young Frankenstein” features music and lyrics by Mel Brooks and a book by Brooks and Thomas Meehan. The original Broadway production was directed and choreographed by Susan Stroman. ECC Musical Theatre’s production is directed by Sarafina Vecchio with musical direction by Marc Beth (ECC Music Program Co-coordinator) and choreography by Carlyn Vadnais. Performances take place in the SecondSpace Theatre, located in the ECC Arts Center in Building H, 1700 Spartan Drive, Elgin. The production starts at 7:30 p.m. on Fridays and Saturdays, and 3 p.m. on Sundays.

Adapted from Brooks’ beloved 1974 movie, “Young Frankenstein” centers on Frederick Frankenstein (pronounced "Fronk-en-steen”), the grandson of the infamous Victor Frankenstein. Upon inheriting his family’s estate, Frederick travels to Transylvania and finds himself in the mad scientist shoes of his ancestors. With the help of his sidekick Igor (pronounced "Eye-gore") and his lab assistant Inga (pronounced normally), Frederick brings to life a creature to rival his grandfather’s famed monster. With such memorable tunes as "The Transylvania Mania," "He Vas My Boyfriend," and "Puttin' on the Ritz," “Young Frankenstein” is a monstrously fun night of entertainment.

Director Sarafina Vecchio has long been a Mel Brooks fan and is excited to be working on this show. Says Vecchio, “Some families watch football on Thanksgiving, but the Vecchio's watched Brooks' movies. To be able to direct a show written by him is a dream!”

An Elgin native, Vecchio earned her Bachelor's in Theatre from Roosevelt University and a post-graduate award in teaching Shakespeare from the University of Warwick in Coventry, England. She is also on faculty at Acting Studio Chicago.

Vecchio says the cast has embraced both the humor and the music of the show, “I don't know that I have ever laughed this much in rehearsal for anything in my life! The voices are incredible—I get chills hearing this group sing. We are so fortunate to have found a group of courageous, talented, hilarious, and supportive performers who are not only game for the risks we put in front of them, but bring their own creative ideas to every rehearsal.”

Tickets to “Young Frankenstein” are $20 for adults and $18 for seniors and students. Tickets are available online at tickets.elgin.edu or at the ECC Arts Center box office. Box office hours are noon to 6 p.m. Monday through Thursday, and noon to 5 p.m. on Saturday. To purchase tickets by phone, call 847-622-0300. The ECC Arts Center can be found on Facebook at facebook.com/eccartscenter and on Twitter @eccartscenter. “Young Frankenstein” is presented through special arrangement with Music Theatre International (MTI). All authorized performance materials are also supplied by MTI. www.MTIShows.com.